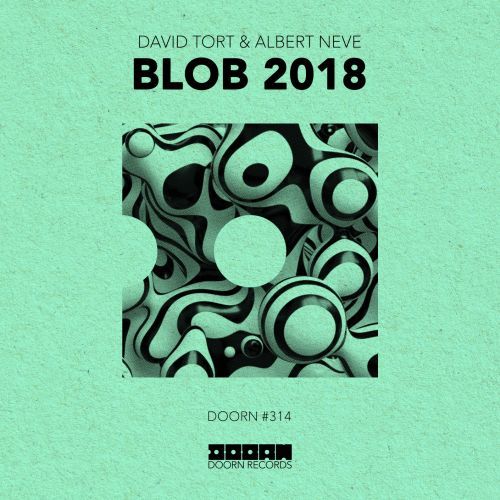 Out today on Doorn Records

Albert Neve
After bursting onto the scene in 2006, Spanish producer Albert Neve firmly cemented his reputation as one of the leading lights of the electronic music sphere in his native country with a string of outstanding remixes, releases, and collaborations.

With support gained from the likes of Armin van Buuren, Afrojack, Dimitri Vegas & Like Mike, Chuckie, Hardwell, Sander van Doorn, Laidback Luke, Nicky Romero, Wally Lopez and many more, the Barcelona born Neve continues to rise swiftly through the ranks after beginning his music career at the age of just 15. He quickly established himself as a producer with a level of talent and maturity well beyond his years, initially running his musical career alongside his studies in IT engineering, but it wasn’t long before Albert experienced his first taste of success and was able to concentrate on his passion full-time. His excellent early releases hinted at what was to come, but few could predict the levels of success he would experience just a few years down the line.

Since his early foray into the world of music, Albert has kept up a relentless schedule of touring, producing and remixing, proving beyond any doubt that hard work is as much a key to success as pure talent. Spending a fair share of his time hunkered down in the studio, Neve has built up an impressive catalogue of releases, with his musical output featuring on labels such as Cr2, Blanco y Negro, Chuckie’s Dirty Dutch imprint, and most recently Dimitri Vegas & Like Mike’s prestigious Smash the House label. Albert has collaborated and remixed alongside an eclectic and varied range of producers, including David Guetta, Wally Lopez and Steve Aoki, whilst consistently demonstrating his ability to attract the attention of his contemporaries and deliver stellar results. His latest track, ‘Party’, a collaboration with fellow Spanish DJ and long time production partner Abel Ramos, is out now on Tiësto’s Musical Freedom label, and is the follow up to the pair’s first outing together on the label, ‘Let The Bass Be Louder’, which was released earlier in the year.

It was Albert’s work with Dutch powerhouse Chuckie that initially sent the Albert Neve name into the stratosphere, as their 2012 remix of DJ Obek’s ‘Craissy 2k12’ stormed its way up the Beatport charts and caught the attention of French megastar David Guetta along the way. Albert’s remix of Guetta’s worldwide smash ‘Play Hard’ became a festival staple, rousing the crowds of Tomorrowland, EDC and Creamfields to name but a few. On the back of the huge success of the remix, Neve was personally invited by Guetta to play two exclusive dates at his F*** ME I’M FAMOUS parties at Pacha Ibiza, and with these successes propelling him into the limelight, his collaborations with Pacha resident JP Candela on 2015’s ‘Future Rave’, stormed into the Beatport electro house chart, whilst his collaboration with Chuckie, ‘Damn’ reached a highly respectable #5 similarly.

With invaluable support from some of the biggest names in dance music, and a series of hit releases to justify the hype, Albert Neve’s career is swiftly on the rise. His DJing has taken him around the world, from Asia to South America, and his productions continue to entice and excite fans and fellow producers alike.

DJ/Producer David Tort is one of the most influential Spanish artists in the global electronic music scene. His success is the product of both his distinctive studio work and his in-demand DJ sets all around the world. Both sides have made him a household name in modern club culture.

David has been brewing his studio sound for over fifteen years cultivating a unique and diverse musical personality understood both by clubbers and industry alike. His discography includes remixes for Tiësto & Nelly Furtado, David Guetta, Bob Sinclar and Gui Boratto, in addition to original productions like “Dizzy”, “Raveline”, “Lost In Acid”, “Jack It Up”, “One Look” or the cover of “Chase The Sun” with Norman Doray which reached #2 on Beatport’s main chart for three weeks in a row. In 2014 he continued the pace, with original productions dropping on CR2, Size, ZeroThree, and Spinnin including collaborations with Roland Clark, Nick Marsh, and Abel Ramos. “Getting Heavy” with Abel Ramos has logged over three million views on YouTube since release and reached #8 on the Beatport Progressive House chart. In 2015 David released music with a who’s who of dance labels including Doorn, Musical Freedom, X, Flamingo, and Zerothree, in addition to launching his own label, HoTL Records. The label’s third release revisited Tort’s acid roots with a re-release of his classic “Lost In Acid”, featuring remixes from Abel Ramos, Henrix & Digital LAB, DJ Mara & Sebastian Ledher, and DJ Diass. 2016 shows no signs of slowing down, with an early single release with Robbie Rivera, several HoTL releases, and work with house legend Marshall Jefferson. David’s HoTL Mix of Kaal’s “EBL” along with Markem has made waves since release, seeing widespread support from Sander Van Doorn, Sunnery James & Ryan Marciano, Promise Land, and Fedde Le Grand who took the track to main stage at Tomorrowland. Without having to follow any fashion or trend, David’s productions are always undeniably relevant.

As important as his studio work are his live gigs. From his residency at his second home, Space Miami, to Summerland, Tomorrowland, and Summerburst festivals, David’s marathon sessions never disappoint. He has played parties for DJ megastars Swedish House Mafia, Avicii, and Tiesto, and is the only Spanish DJ to perform at the Playboy Mansion in Beverly Hills. He’s also a staple performer at the annual Winter Music Conference in Miami, where in 2014 his Closeout Blowout show at world renowned Nikki Beach featured a packed lineup including Max Vengeli, Feenixpawl, and Norman Doray. Bringing his signature sound to the live arena, David Tort sets are always packed with driving beats, powerful basslines, and destructive drops. On the back of a busy 2015, Tort is poised in 2016 to reaffirm his position as one of dance music’s most respected figures. Amidst constant club appearances around the world from India to Brazil, Tort has made appearances at Sweden’s Bravalla Festival, Aruba’s Love Festival and launched his label parties with HoTL Miami which featured Norman Doray, Federico Scavo, Abel Ramos, Corey James, and more.