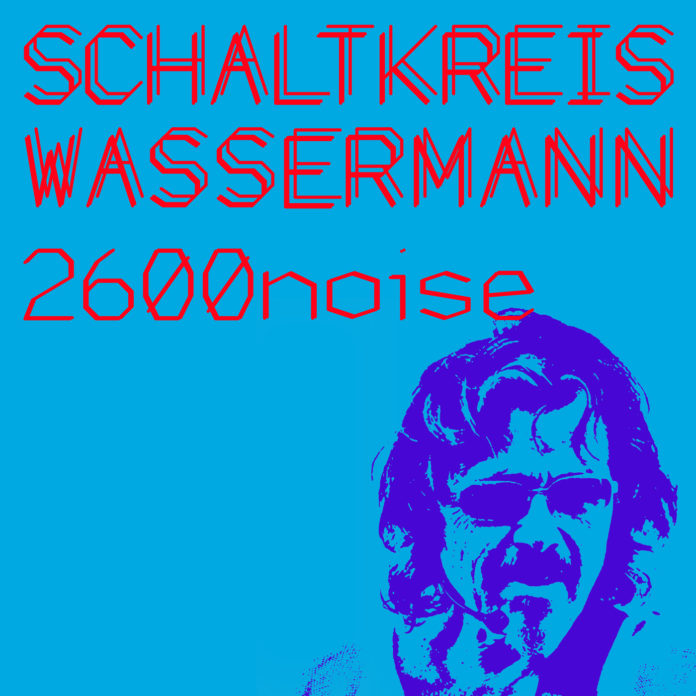 Up to now Schaltkreis Wassermann had been known and underground famous for their single „Sex is out, ich bin geklont“ (1981) and their cult album PSYCHOTRON(1982). Both and a plethora of other Schaltkreis tracks from the early 80s have been re-released on vinyl by Berlin based Private Records in the last few years. They also appeared on several compilations, like Cherry Red’s „Noise Reduction System: Formative European Electronica 1974-1984“. In June 2017 the album „Early 80s“ with previously unknown tracks has been released for streaming and download. Several Schaltkreis remixes have been created in the recent years by the Italian Cosmic legend Daniele Baldelli, by I-Robots, In Flagranti, Toby Tobias, Vahagn and Additional Hardware. More remixes are in the pipeline!

And now there’s a new Schaltkreis EP called „2600noise“. Why this weird name? The ARP2600 is one of PJ Wassermann’s favorite synthesizers (the other one being the Prophet V), and the song „2600noise“ started its life as a noise sequence on the 2600, that’s why.

but also with some state-of-the-art software synths and some software emulations of 80s synths like the Roland Jupiter 8. The drum sounds are mostly from the Roland TR808. „My aim was to create a fusion of our classic 80s sounds with the just as fascinating world of todays soft-synths and digital effects“, says PJ Wassermann. Occasionally he plays the guitar.

The two songs „Nonstop Electronic Music“ and „Oxygene“ (a cover of the Jean-Michel Jarre classic) feature vocal samples by Stella Wassermann who sadly died in 2011. The songs had been demoed around 2008 and then discontinued when Stella got ill. „After her death I couldn’t get myself to touch these songs, until now“ says PJ Wassermann „but now I’m very happy to hear Stella’s  beautiful and intriguing voice on a new Schaltkreis production. It’s an homage to the other half of Schaltkreis Wassermann.“

The third track on the EP, „Stoff“, has been co-produced by Alex Gloor of In Flagranti. He and PJ had become friends since Alex returned to Switzerland from New York around 2004 and urged the Wassermanns to re-release their Schaltkreis legacy. The vocal sample is by Albert Hofmann, the inventor of LSD, who’d been an occasional visitor to the Schaltkreis studio.

„Oxygene“, the last song on the EP, is an homage to Jean-Michel Jarre. „We had been listening to Jarre’s album all the time in the 70s“, says PJ Wassermann, „he was one of our electronic music heroes along with Kraftwerk and Steve Hillage. And of course Giorgio Moroder with ‚I feel Love‘.

Schaltkreis Wassermann is a veteran group of early eighties electronica with their cult album PSYCHOTRON. The duo that consisted of Stella & PJ Wassermann fused wild psychedelic experiments with their exploration of analog synthesizers that at that time were completely new and futuristic. But they also included pop and dance elements.

PSYCHOTRON was number 7 of the Synthesizer charts in British Melody Maker. It was also very successful in the Italian Cosmic / Afro scene with famous DJs Beppe Loda and Daniele Baldelli. Especially the track LUX was a hit in Italian discos. 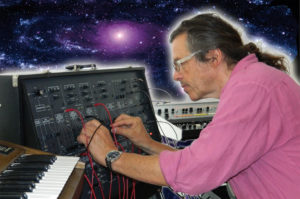 Their instruments in the early 80s were:

– ARP Avatar guitar synthesizer (the guitar part in the Avatar didn’t work really well so this instrument was often used as a sound module, basically identic with the ARP Odyssey)

Schaltkreis did a couple of live gigs at that time but found it impossible to reproduce their sound on stage with the available technology. Stella & PJ turned their interest to other musical projects and forgot about Schaltkreis.

In 2004 Swiss-American DJ Alex Gloor (In Flagranti) urged them to re-release PSYCHOTRON as a CD. Schaltkreis was on the map again.

Before her passing away, in 2009 and 2010, Schaltkreis Wassermann had a series of concerts with a totally new repertoire between electronica, ambient, rock and psyTrance in Switzerland, Ibiza, Formentera and Athens. The performances were accompanied by psychedelic projections. Most of the concerts were wildy successful, leaving enthusiastic audiences behind. But Stella always said that this music wasn’t really Schaltkreis, she didn’t like the electric guitar and the rock elements that came with it. Probably sooner or later this material will be released.

In June 2012 Berlin label Private Records re-released PSYCHOTRON on vinyl. The first pressing was accompanied by the first Schaltkreis single “Sex is Out, ich bin geklont”. For the release party in Sameheads, Berlin, PJ did an extended DJ gig with old Schaltkreis material (released and unreleased), some remixes and some new tracks. Asteriza did visual projections. It was a great gig but unfortunately there are no fotos or videos.

In 2016 there were three more live gigs by Schaltkreis Wassermann, one in Berlin and two in Switzerland. PJ was playing the BOSS SY300 guitar synthesizer plus some synth modules.

you can connect with Schaltkreis Wassermann on the links below