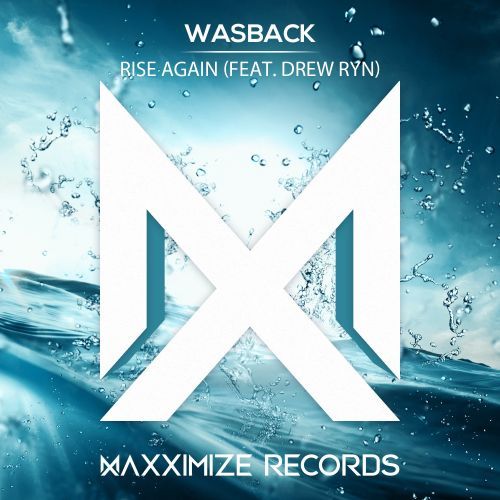 Wasback delivers the overwhelming new tune Rise Again. Featuring the strong vocals of Drew Ryn, it’s a record that builds energy with strong rhythms and upwinding chords, unleashing all its euphoria with a huge drop. Music to let yourself go to, this is one prime time crowdpleaser!  We will try to get an interview with him as soon as we can.

Wasback, A.K.A. Alessandro Didonato, is a 20 years old Italian producer, one of the most promising talent of the musical scene.

In less than a year, he has al…ready released music on the best international labels, getting a lot of recognition. His career begins with “Magic”, published by Revealed Recordings, Hardwell’s label, and it gained the 11th spot of the Big Room Beatport chart.
Some months later, Wasback enters in the Spinnin’ Records sublabel, Maxximize (owned by Blasterjaxx), with the collaboration with M35 “Let It Go”.
The song received some precious supports by Tiesto, Nicky Romero, Hardwell, Dimitri Vegas & Like Mike, conquering the third spot in the Beatport Big Room chart.

In June 2017, the young talent is back on Revealed with a track in collaboration with the stars Suyano and Rivero. “Wait For The Night” dominated the “Revealed Talents EP vol. 3”, becoming the most appreciated track of the album and gaining the 10th spot of the Beatport Big Room chart.

The quality in Wasback’s productions is not getting unobserved, in fact it has been immediately noticed by Blasterjaxx, whom invited him in their studio. That’s how “Shudder” arrives, his second Maxximize release: the tune is something new and different from his usual progressive and, apart from reaching the 9th sport of the Beatport chart, it has been played by Nicky Romero during the Ultra Croatia and Tomorrowland.

After a pop experiment in collaboration with Tom Swoon, called “Don’t Let Me Go”, the latest Wasback creation is an electro house track, edited by Blasterjaxx themselves. Released again via Maxximize, “Flight 49” conquered the 10th spot of the Beatport Big Room chart, receiving supports by Martin Garrix, The Chainsmokers and W&W.
Even after so many successes and satisfactions in such few time, Wasback’s career has just begun.